THEY TRIED TO DESTROY MY BRAINS BUT - HARD LUCK, THEY COULDN'T! 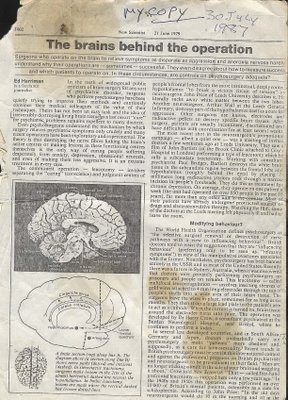 In 1969 after discusions with psychiatrists doctors and my mum and dad, it was desided to give me a full front labotamy. The reasons were given that it would stop me from being violent and drinking. It was said that it wasnt a dangerous operation it took ten minutes. I signed the paper to have it done, I was taken to the Brook hospital from Cane Hill. Two days before I had my operation a guy at 24 years died of the same operation. I heard them lying them out. I tried to leave tthe hospital, they wouldnt let me. On the day of my operation, one of the nurses came in on her day off to go down to the operating theatre with me.

The actual operation took three and a half hours and I believe it didnt work as I drank three weeks afterwards. I got access to my medical records after eighteen years in red letters it said that 'this operation was done for social control and it was a success' 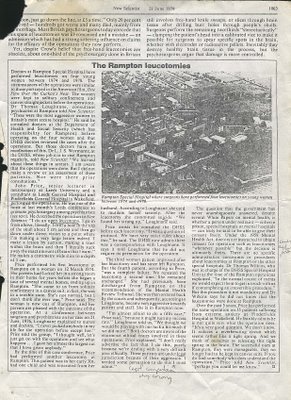 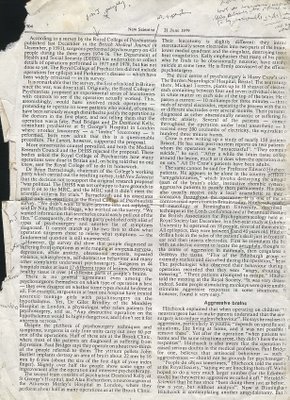 Posted by Intercontinental Promotions at 11:52 am